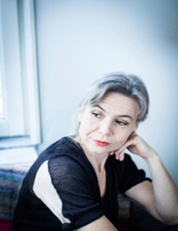 grew up in Gothenburg and studied in the USA, the Netherlands and the Czech Republic, before settling down in Stockholm. Besides writing, she runs the glassworks “Stockholm Heta Glas”. Her novel Reglerna (The Rules, 2008) was nominated for the August Prize and won the prestigious Borås Tidnings Debut Prize.

Handlingen (The Action) was awarded the 2012 European Union Prize for Literature.

The translation rights for her previous novel have already been sold in 12 countries.

open for vote until 21st of october 2018: http://www.euprizeliterature.eu/contest

PRESS COMMENTS ON HER PREVIOUS WORKS:

“I come to think of the Belgian minimalist Jean-Philippe Toussaint. Mannheimer’s language is more flowery, but there is the same investigating of the everyday-life, the same precise eye for details, the same imaginative twisted humour and thin veils of irony.” Fabian Kastner, Svenska Dagbladet

“In her language highflown terms mix with everyday language, scholarly terminology with clichés and, first and foremost, irony mixes with the most clear-sighted naivety. I am constantly stricken with cheerfulness while reading this profoundly serious book. The narrator gets herself in difficult situations that always have an amusing part.” Ingrid Elam,
Dagens Nyheter

“,Handlingenʻ gives me a strong urge to read – and to live.” Ulrika Knutsson, Sveriges Radio

Born in a family of strong, but lonely women 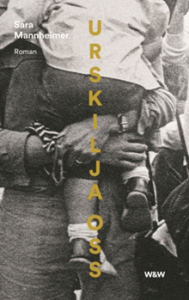 The narrator first begins to write during one of her many train journeys between Gothenburg and Stockholm. The journey encompasses an entire universe. In the first heat of the summer the narrator travels between present and past, between childhood and middle age, between her mother and her daughter. Her narrative comes to life, is a fragmented and unconventional story about a symbiotic relationship with a mother. A complicated relationship, but then aren’t they always?

In writing about her mother, the woman becomes involved in the family history. So station by station, sentence by sentence, thought by thought the narrator comes to understand who she is.